What is a persistently infected animal?

This animal has become infected with BVD from its mother as a result of foetal infection in the first 120 days of gestation. As a result, these animals cannot produce an immune response to BVDV and shed vast amounts of the virus throughout their lives and are highly contagious.

A large number of your herd can be TI at some time but will recover and are not shedding virus and not contagious, this can be revealed by milk testing in dairy herds and this reveals that there may be PI animals present who need to be found and culled. Without PI’s in your herd the virus will eventually disappear as TI animals will die or recover creating antibodies –robbing the virus of a host in both cases.

You will never remove the threat of BVD from your herd unless you identify and remove PI’s then introduce Biosecurity measures and stick to them! Vaccination is NOT solution on its own AND you cannot guarantee your vaccination programme is 100%. 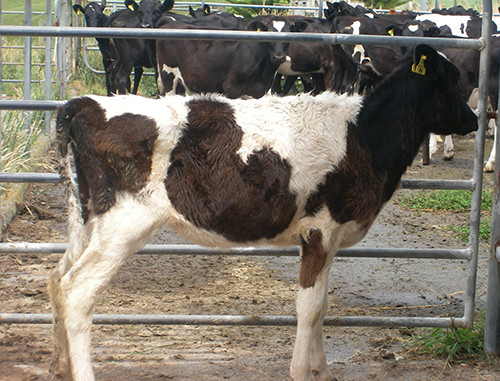 It only takes one PI to infect and potentially kill an entire batch of calves.

It only takes one PI to infect and entire batch of bulling heifers before they are covered by vaccination -who then produce more PI calves.

It only takes one PI to tarnish your reputation and prices in the sale ring if sold as a breeder, calf store finisher.

It only takes one PI to infect your neighbours herd.

What do I do with PI animals?

When PIs are identified, they should be isolated immediately and retested. It is important to retest positive PI animals after 3 weeks to confirm the animal is PI and not merely Transiently Infected. Ensure a potential PI has no contact with in-calf animals or heifers being bulled.

How do I identify PI animals?

There are many ways to search for a PI animal, we provide a tag and test service using BVDGB Dalton Tags approved Caisley cattletags. It is often best to start your PI search with new born calves and young stock but older animals within the herd can also be PI’s and should never be overlooked.

Tissue testing (newly born) calves is very cost effective and gives you ‘two tests for the cost of one’ where your result tells you the calf is clear, ie. not Persistently Infected (PI), that clears their mother too. Stillborn calves and even an aborted foetus should be tested as this could indicate BVD is present. Any PI positives should be isolated and re-tested within three weeks to ensure were not merely Transiently Infected and have since recovered. 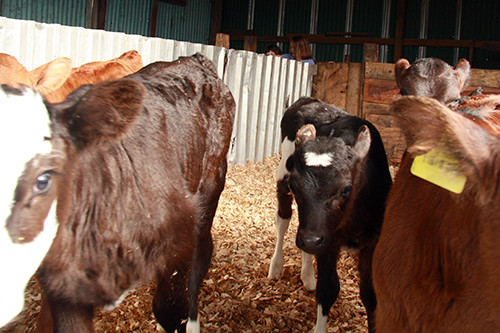 How did this dam (mother) become infected?

The dam herself may already be PI and passes the disease on to all offspring or, if a naïve (non-infected) dam becomes infected herself with the virus in early pregnancy, the calf can be infected too. PI animals often do not live a long life but can reach breeding age and infect the herd with PI infected offspring and the vast amount of virus they constantly shed.

A vaccination programme is also an essential step and does not affect tag and test results. Vaccination has no effect on the presence of virus in PI animals and thus they will still test positive after vaccination. Speak to your local vet for advice.

What is a Transiently Infected (TI) animal?

Most infections with BVDV occur after birth but can occur at any age. TI infection can be referred to as a ‘Hit and Run’ strategy by the virus. The animal becomes infected for a short period possibly showing no symptoms before recovering and becoming virus-negative, typically within 3 weeks or less.

Depending on age, sex and immunity a TI infection can lead to a range of reproductive problems, including abortion –bulling heifers can ‘create PI offspring’ whereas a batch of new calves can develop scours and pneumonias that respond poorly when treated in the correct manner.

A TI calf can test positive for BVD virus although if it is newly born it is likely to be PI with the BVD infection gained in the uterus from its mother. That is why it is important to undertake a follow up blood test from your vet 3-4 weeks later and should be negative if the animal was TI and has successfully fought off the infection with its immune response.

A PI animal in contrast, would give another positive result and needs to be culled. This must be done using a blood sample collected by your vet. Re-tests should be carried out 3-4 weeks after the initial test was performed to allow time for transiently infected animals to become virus-negative. The calf and mother should be in isolation during the period after the first positive test was found.

A large number of your herd can be TI at some time but will recover and are not shedding virus and not contagious, this can be revealed by milk testing in dairy herds and this reveals that there may be PI animals present who need to be found and culled. Without PI’s in your herd the virus will eventually disappear as TI animals will die or recover creating antibodies –robbing the virus of a host in both cases.